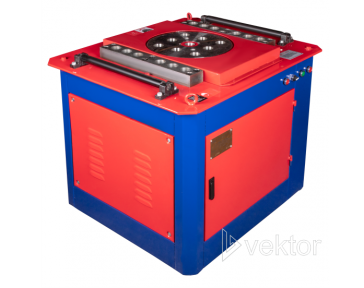 Характеристики
Скорость вращения рабочего диска, об/мин
8
Мощность (при 380 В 50 Гц) кВт
3
Габариты, мм(ДхШхВ)
850*750*800
Вес
280
Отзывы покупателей
XvxFN
19 Апреля 2021 02:17
Meds information leaflet. Drug Class.
how to buy generic pregabalin without insurance in USA
Some trends of drugs. Get now.
0 0
StellaJak
18 Апреля 2021 19:27
which is better viagra or cialis tadalafil side effects cialis generic 2017
0 0
DianaMuh
18 Апреля 2021 15:17
cialis 5mg price cvs generic cialis 2018 when can i take viagra after taking cialis
0 0
StellaJak
15 Апреля 2021 07:26
Scientists have found a new method of fighting antibiotic-resistant bacteria
cialis directions generic for cialis cialis 5mg price comparison
Stress often causes bacteria to form biofilms. Stress can manifest as a physical barrier, ultraviolet light, or a toxic substance such as antibiotics. The formation of these biofilms takes from several hours to days, and they can be of different shapes, sizes, colors, and textures depending on the type of bacteria. Being in a biofilm state protects them from harmful substances in the environment - biofilms have a unique outer wall with different physical and chemical properties than their individual cells. They can coordinate metabolism, slow down their growth, and even form an impenetrable barrier of wrinkles and creases. This is one of the ways they achieve high antibiotic resistance. Researchers from the United Kingdom recently studied the transition of the Hay Bacillus bacterium from a free-moving swarm to a biofilm as a defense mechanism and published what they did to combat its antibiotic-resistant properties in eLife.

To determine if their test strain was behaving like the others, they first ran stress tests on them. They tested the bacteria's response to the physical barrier, ultraviolet light, and antibiotics. The addition of a physical barrier led to the transition of bacteria from one layer to a multilayer layer, followed by an increase in cell density and the formation of multilayer islands near the barrier. Later, wrinkles formed on the islands near the barrier in the place where they began to appear initially.
does cialis make you last longer cheap cialis viagra vs cialis price
When they applied ultraviolet light to the swarm, they again observed a drop in cell speed and an increase in density. And after the scientists added a large dose of the antibiotic kanamycin, the bacterial cells formed a biofilm. The researchers then developed a strategy to combat this bacterial biofilm. They added kanamycin to the environment of a new batch of swarming bacterial cells and watched as the biofilm began to form. They then re-injected the antibiotic at a much higher dose than the first, just before the biofilm formation was complete. As a result, the partially formed biofilm was destroyed and bacterial cells died. This shows that antibiotic-resistant bacteria lose their resistance to antibiotics when they undergo a phase transition, right before going into the biofilm, where they will become much more resistant. Thus, with the correct administration of antibiotics, the bacteria can be attacked in their most vulnerable state and destroyed. The researchers believe that similar transitions from swarm to biofilm occur in other bacterial species. Their research may pave the way for finding more effective ways to control clinically relevant bacteria. For example, Salmonella enterica, which spreads into the bloodstream and is transmitted through contaminated food. Or Pseudomonas aeruginosa with multiple drug resistance, which after surgery causes infections in the blood, lungs (pneumonia) and other parts of the body and spreads in hospitals.
definition cialis does insurance cover cialis how long does cialis stay in your system
0 0
DianaMuh
15 Апреля 2021 04:10
Sedentary lifestyle claims more than 4 million direct victims each year
cialis daily dosage canadian pharmacy cialis 20mg cialis price cvs